The second half of the twentieth century was very laborious for the American Art.
New content, new forms, new techniques: everything in search of new forms of expression.
Among the best and most careful observers, of these trends were the Guggenheims: first of Solomon, and his niece Peggy, who created and inspired by the collections of the well known musems.
A few days ago opened in the Exhibition Palace in Rome, the exhibition on the American, Vanguard in the years 1945 to 1980. Most of the works came from the permanent collections of the Museum Solomon R. Guggenheim in New York 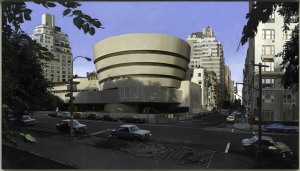 and some from the Peggy Guggenheim Collection.
The exhibition, chronologically, runs from the end of World War II with the emergence of various forms of abstraction: from the fluid forms of Yves Tanguy to the painted wood and metal mobile by Calder or tho “Moon Woman” by Jackson Pollock, 1942 , an extraordinary dark figure on a multicolored tapestry.
Or again in the fantastic Rothko’s compositions. 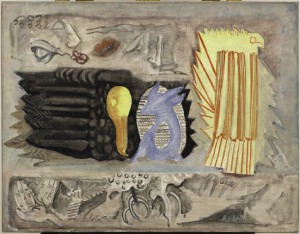 The second hall houses the School of New York, works by a group of artists active in New York, following a more stringent abstraction in their paintings. The intense red Rothko painted in “Utitled” of 1947, 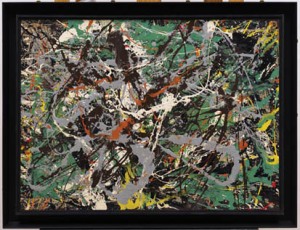 where the forms are so simplified to become a line and are in use new techniques and materials.
The abstract art is still evolving in the ’60s with the current “Hard Edge” which has its origins in California.
The significant sign of this artistic current is an impersonal representation and, formally, a sharp and clear passage between the various color areas., well defined geometrically.Here the work of Frank Stella “Harran II” from 1967.

In the ’60s another current takes shape: the Pop Art. It involves artists in new techniques that highlight patterns of mass culture represented and incorporated in their works.
There are, in this section, some of the most significant works of the exhibition , such as this one by Robert Rauschenberg, dated 1963 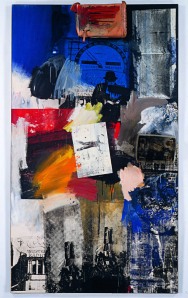 a type of combine, where to the painting are added various objects and this “Grrrr” by Roy Lichtenstein inspired by a cartoon

an endless repetition in acrylic and serigraphy enamel of the same scene in orange.
And the enormous work , cartoon inspired, by James Rosenquist The Swimmer in the Econo-mist 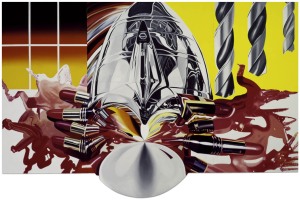